Dr Jim Sadler describes being thrown off a research submarine after he accidentally “gets a handful” of another research scientist sitting next to him. More from the Democratic Convention with Harvey Weirman. And Ted Bell debates Rudy Canosa.

Ted Bell talks about his Jaguar Vanden Plas that his nephew got in and farted. Ted believes it was a willful act because his sister in law has always hated him 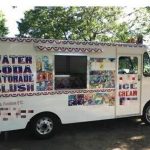 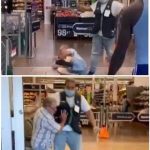