Its the return of Kenny Slag’s Principles of Abundance in the 21st Century. And this time Kenny is testing people’s loyalty with “The Slag,” a replica of a part of Kenny’s body. Kenny also plugs his upcoming live Dallas TX appearance.

The BSP Classic Hour is from July 2004. RC Collins is a military cadet who says there’s no respect for people in uniform. He had tried to shove his way past to see Ashlee Simpson. 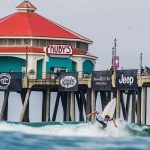