Phil tries to get a little political talk going with Ted Bell from the famed “Ted’s of Beverly Hills” restaurant who has often had Donald Trump at his restaurant. But the topic makes Ted nervous Pastor William Rennick comes on to discuss Trump’s visit with evangelicals. But he is continually interrupted by his wife Clara
Jay Santos of the Citizens Auxiliary Police joins the show unexpectedly to report on another flare drop. For our BSP Classic hour , we go to March 30, 2001 for Brad Riffkin, author of “Falling Out of Favor: The Patsy Ramsey Story”, who thinks Patsy killed Jon Benet to re-gain favor with her book club.”

Episode 706 from The World of Phil Hendrie podcast. 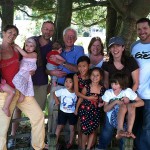 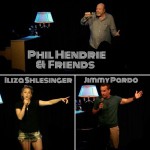