Happy Birthday Maryanne Hendrie. From March, 2016 Jay Santos was at a Trump rally in Alabama where a photographer got beat up by the Secret Service & Jay could be heard on one tape exhorting the agent with “yea, yea, YEEAAA!” Trump supporter Mark Henshaw believes the discovery of a mummified man aboard a drifting sailboat off the Philippines can somehow turn the news cycle away from coverage of Trump. August Selson’s Sexual Exploration Exclamation is featured in the second half today.

The BSP Classic Show is from January 2004. Bobbie Dooley wants to attend the Democratic convention and doesn’t think a lady with a lazy eye should represent. Ted Bell says motorcycles give his son confidence, and who cares if he ran over someone’s dog. 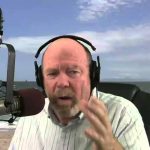 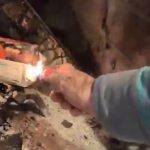