Deane Wheeler is a special in-studio guest. He’s in Southern California to watch a horse run that he part owns, hoping it isn’t injured when it runs but more interested in winning the money. Bobbie and Steve Dooley are heading to Buttner Lake to see their cabin after almost burning it to the ground two summers ago

The BSP Classic Show is from April 2000. 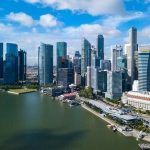