This is it, the final broadcast of the Phil Hendrie Show! Steve Bosell fired one of his female employees for saying he looked “gay” in soccer shorts, Steve says that’s verbal harassment.

Bel Mar Academy High School teacher Vernon Dozier joins the program to talk about his wife who recently announced that her 68 year old mother-in-law is engaged. Vernon says she shouldn’t have mentioned this at dinner table because it nearly made him vomit. Lloyd Bonifide chimes in, he has a problem with the way Vernon refers to senior citizens having sex. 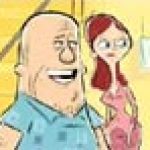