Mavis Leonard is on her way with her driver Chuck to Carl’s Jr. for a Sunrise Sandwich and talks to Phil about her new club, The Old Ladies Club of South Gate, where she will be speaking about the Mercury Space Program. Larry Grover is in Atlanta reporting on a collapsed bridge and Dave Olivia gets tossed by Phil because of his friend Davey’s Chinese impressions.

The BSP Classic Hour is from May 2002. Father McQuarters says not to blame the Catholic church for the molestation scandal. He says fondling a child is bad, but the press raking the Catholics over the coals amounts to fondling God himself. 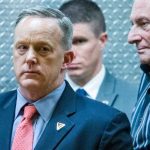 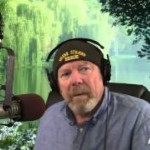