Bobbie & Steve Dooley want a Bar Fight rematch. Bobbie says next time she’ll hand Margaret her ass and “you’ll need a wheel barrow to carry it home.” Don Micksa and David G Hall give Phil crap about something or another. Brass Villanueva complains that one of Anthony Bourdain’s so-called exotic locales is in East LA, where he eats nothing more unusual than fish tacos and burrito supremes.

The BSP Classic Hour is from February 2003.

Jim Sadler says that doctors are under so much pressure and have to deal with rude people so much that they’re likely to take it out on patients in small ways. 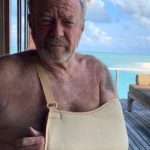 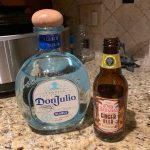