Phil introduces a Classic from 2005 that was also an early videocast. BSP’s, go to archives, then “categories,” then “old webcasts” and then July 29, 2005 for the video. Colonel (not General yet) Gaylen Shaw is producing a highly offensive TV show.

The BSP Classic Hour is from August 2000. This is one from the Bosell Marathon as Steve says he thinks a Louisville Slugger baseball bat figured as a murder weapon and should have had a warning label on it. 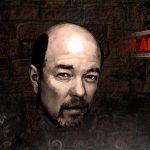 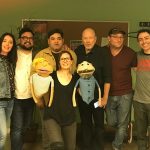