Coach Vernon Dozier starts to talk about the late Bart Start but eventually tells the panel he’s sick of football and sick of talking about football. Dr Ed Elcott reveals who it is that’s blackmailing him and how.

The BSP Classic Hour is from February 2001. Ted Bell discusses a recent marital issue. He answered his cell phone while his wife was giving him oral sex. But he’s told her. He’s Ted Bell and the cell phone stays on for business. 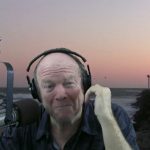 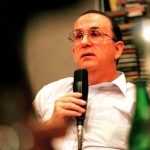