Phil and the crew listen to the various #PhilHendrieChallenge participants.The panel is back and immediately begin wondering whether Phil’s making some move to oust them permanently. Margaret sings the song “Misty” by Johnny “ma-THIS” (French pronunciation). Chef Carl Chodillia battles chest pains after punching out Ted Bell and harassment from Raj Feneen to present his recipe for Jalapeño meat loaf (he says he’s using ground turkey, but he isn’t really). Jack Eigagder and Bret Moreson report on Sunday’s Milwaukee Lions game (Spoiler Alert: they give the final score). Larry and Gloria Grover discuss the split in the (as Larry calls it, to attract more black members) “Blapublican Party.”

The BSP Classic Hour is from February 2004. 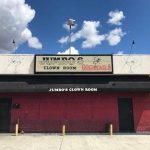 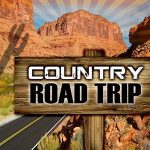