Phil tells the panel he wants to buy a boat. So he calls Wes Winston, a local yacht club commodore who is nautically illiterate. Later, Jay Santos thinks it’s humiliating having our elections influenced by a “pinched-face slav” like Putin.

The BSP Classic Show, from September 2003, includes Jim Sadler who intimidates people driving slow in the left lane. He flashes the high beams and lays on the horn. Eric Hester counsels new couples not to molest their newborn children. 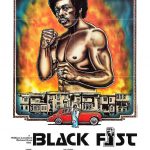 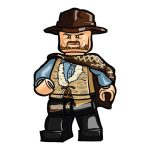