Phil is celebrating his birthday weekend, so we’ve cut up a “Best Of” show for your enjoyment today. But don’t despair, because we’re wrapping up today’s episode with a brand new Bobbie celebrity interview! This time Bobbie sits down with Dr. Drew Pinsky for part one of her three part interview.

Margaret Grey opened the show and really carved it a new ass trying to add lyrics to the theme from “28 Days Later” as she practiced for the One-Man Show July 30th at the Hollywood Improv.

Then, Phil talks to Vernon Dozier about a student disciplined because of an offensive song the kid was playing in his car. And Ted Bell got his feelings hurt when Phil seemingly named Morton’s as his favorite steakhouse.

Dean Wheeler joined the program as he was soaking in a “re-nutritioning” bath. Dean mentioned his religion, “The Wonderful World of Cong,” and its rivalry with “Elcott-The Next Step” and that both will be celebrating the Autumn Solstice in the same area, “Elcott” at the Mill Valley Holiday Inn and “Cong” at the Convention Center.

The episode closes with the first part of Bobbie’s interview with Dr. Drew.

Episode 192 from The World of Phil Hendrie podcast. 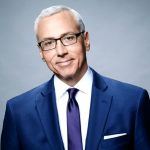