Mr. Austin Amarca, a cabinet maker from Lancaster, CA, tries to explain Ted Nugent’s raving anti-semitism. Jay Santos of the Citizens Auxiliary Police, while reflecting on a 1 billion dollar bust involving the drug “ice” in Australia, tells Phil he and his “sub commanders” are tracking something called “brown.” It’s basically coffee beans covered in chocolate, but Jay thinks it’s a gateway to meth. Bobbie Dooley has switched from Trump to Cruz, whom she finds “seductive” and “compelling.”

Episode 577 from The World of Phil Hendrie podcast. 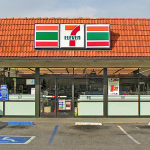