Mr. Leonard Salvo, a former initiate in ELCOTT: The Next Step, claims he and his wife were “bothered” by “Archangels,” ELCOTT’s slightly less aggressive versions of Scientology goons, after they failed to “funnel” their “funneling” (pay their dues), and abruptly left the religion.

Episode 557 from The World of Phil Hendrie podcast. 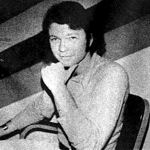