Don Micksa, investigative reporter, discovers his wretched breath is from eating beef jerky and not flossing. Austin Amarka says Micksa’s breath is so funky that it’s “an affront to God’s law.” Bobbie Dooley’s says Trump seemingly leaving Melania at the foot of the stairs when meeting the Obamas on Inauguration Day was all according to protocol.

The BSP Classic Show is from September 1, 2004. It includes Jay Santos on patrol and harassing motorists who pick their kids up at school but live less than 5 miles away. 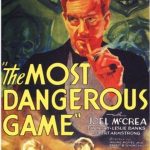