Frank hears that Margaret has joined a track and field team at the Dicklin Syndicate and plans on competing in the hammer toss. Bobbie and Steve Dooley get a sponsor for the Summer-tacular: a local meat locker. Jay Santos of the Citizens Auxiliary Police weighs in on Donald Trump and a Georgia cop.

The BSP Classic Hour is from July 2001. Brass Villenueva says his lady got a promotion and a raise. She now makes more money than him, which takes away from his pride as a Latin male. “She’s got my balls.” 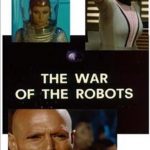 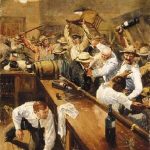