Phil hosts a Steve Bosell replay from the Marathon. Steve is invited to a men’s group then worries he’s been spotted and will wind up in the local newspaper.

The BSP Only Classic Hour is from December 2004. Pastor William Rennick has a sermon he is preaching called “Crisis in Faith.” He argues that while everyone celebrated the birth of Jesus, it was a slap to the face of Joseph as his wife was pregnant with the child of another “man.” God. 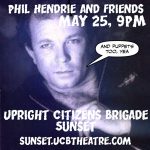 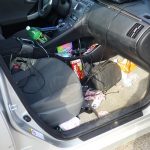