NOTE: Since the recent release of Apple’s newest iOS 10, we have noticed problems with the videocast and audio streams in these posts on iPhones and iPads running iOS 10. We did some digging, and it seems to be a very widespread problem affecting HTML5 video and audio players on iOS 10 devices. The problem is on on Apple’s end, not ours, and they have said that a fix is in the works for the coming days/ weeks. If you are having problems accessing the videocast or the streaming audio link in these posts on your iOS 10 iPhone or iPad, we recommend viewing or listening from a computer until Apple releases that update soon. Note this applies only to these posts. The BSP Subscriber iTunes podcast link is not affected by this and is running normally. Thank you! UPDATE: we have fixed video on mobile. Audio on these types of posts is still giving us issues. We hope to have a fix soon. Thank you for your patience!

Kenny Slag is back, trying to record his Principles of Abundance in the 21st Century with a smart ass engineer and his own muddled philosophy.

Our BSP Classic Hour is from October 24, 2003. Bob Bakian is a journalist who wants a webcam put in the comatose Terry Schiavo’s room because he suspects a Rat. 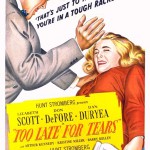 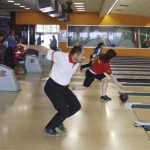