We had another minor problem last night. Our audio mixer burned up. But we’ll be back tomorrow and for the rest of time. We have an encore from September 18, 2017. Phil talks to the gang about the 50th anniversary of Trader Joe’s. Frank Grey asks Phil to go easy on Margaret. He’s going out of town and she’s nervous about singing Sunday at the Cavalcade Seafood Depot in Wilmington, CA. Also, Harvey Weirman talks Chargers football.

The BSP Classic Hour is from April 2006. Grocery store owner Bob Greene recently made large posters of his face with the words “Don’t Even Think About It” and placed them throughout the employee areas of the store as an incentive. Several employees complained that the eyes of the poster appeared to follow them around. 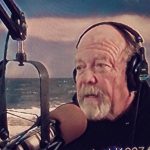 The Saturday Cinema Returns Next Week 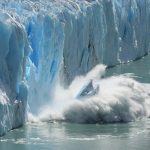