General Shaw and Herb Sewell comment on the film ‘Horror Hotel,’ otherwise known as “City of the Dead.” It’s a witch flick and Herb claims to know several of the people appearing in the film. Pretty good for a cheap shit film with British actors in the US. 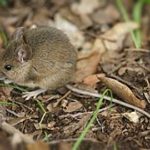