The Steve Bosell Show “Covid 19 Booster Update.” Steve with his usual weird views on everything….

Larry Grover, the “Angry Liberal,” talks about his son being detained by the police after a journal he was keeping revealed that he wanted to kill to school’s principals but told his dad it was an April Fools Joke and, anyway, its all paranoia that Bush created after 9/11. 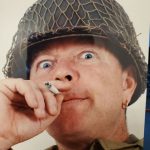 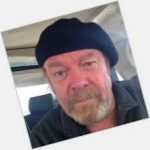