Phil tells the panel he wants to buy a boat. So he calls Wes Winston, a local yacht club commodore who is nautically illiterate. Later, Jay Santos thinks it’s humiliating having our elections influenced by a “pinched-face slav” like Putin. Encore from April 23, 2018.

The BSP Classic Hour is from July 2004. *Instant Classic.* Bob Green is a supermarket owner who says people with bad teeth shouldn’t eat corn on the cob this Fourth of July. 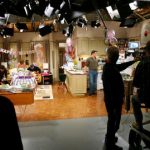 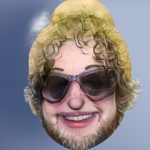