Phil reads the news story that George Harrison was attacked in his home by a man with a knife. Don Parsley calls the program, he believes that Paul McCartney is dead because of the clues hidden in Beatles songs and album covers.

Hour 3: Phil rants and then Art Bell visits to tell eveyone Y2K is happening in a few hours…anmd then finds out its not tonight but tommorrow night 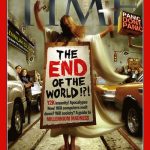