An encore from January 2017, Curt Queedy, West Virginia State legislator, addresses the latest Trump news and tries to put it in an adult manner so he uses the phrase “going to the bathroom” rather than “urinate.” It’s all very weird.

The BSP Classic Hour is from May 2006. Steve Bosell asked his daughter’s date if he was going out with her because of her boobs. Steve also wants to sue his wife for breaching a verbal agreement that she would take some weight off after their children were born. 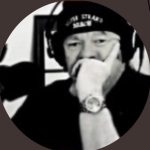 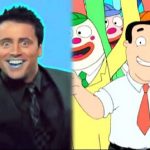