Phil offered the opinion that “we are drowning in bullshit.” Brass Villenueva says that since he couldn’t get Taco Bell to change their recipes and couldn’t get anyone to care that California used to be part of Mexico that he was “throwing in with the Indians.” Margaret says Phil’s monologue was “boogied up.” Wade Belko, a new sponsor that sells “all things plastic and rubber for the car and the bedroom.” Phil butchers up a new “travelogue” segment

The BSP Classic Show is from December, 2004.

Eric Hester is in production on a new reality television show called Surprise! In his show, the host will approach children and tell them that their parents have been killed. After they capture the reaction of the children, the fear and sadness, the parents will reappear and yell “Surprise.” Dr. Jim Sadler discusses a book he wrote, which is a collection of stories and anecdotes displaying how people have changed as the result of 9/11. RC Collins calls in to ask Phil about the “Baby Boner Generation.” Margaret Gray is on to discuss “Project Aware,” a group she is involved in dedicated to adjusting the English language to become more gender neutral. 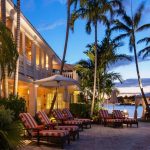