Phil’s busy prepping for the live show tomorrow night, so we’ve got a repeat from March 11, 2015.

Two instances of people going through a phone at someone… First, it’s Doug Dannger, gay man and gay journalist, speaking in a special verbal shorthand because he’s “really busy.” That pisses off General Shaw. And then Dean Wheeler attempts to give Phil career advice and that sets off Margaret Grey.

Episode 595 from The World of Phil Hendrie podcast. 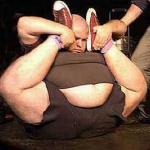 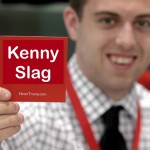