The show began with General Shaw talking about Tucker Carlson and his bow tie wandering the streets of Chicago. Phil then told the true story of white FBI agents trying to infiltrate the Nation of Islam by wearing “face paint” to darken their skin. Steve Bosell was worried about the Margaret Grey Filth File leading to “traditional wives who follow the Bill O’Reilly ethic” doing as they are told and making a hard turn onto any road that says its leading to “Boner Ranch” or “Big Bone Lick Park.” Dr. Ron Tarner discussed global climate change.

Herb Sewell gives everyone the willies by saying he’s moved into a neighborhood to “complete vital research” on a book he is writing and he hasn’t registered as a sex offender. David G. Hall calls from his bowling league to say he doesn’t want Sewell on anymore. Phil teaches people how to surf the net. Just enter “gay man and a gay journalist” into any search engine. 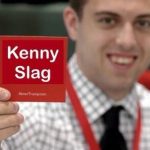 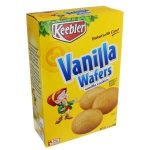