Phil introduces a new cooking segment with Chef Carl Chodillia. Today’s recipe is for Dodger Duck, in honor of the LA Dodgers clinching the National League West pennant. It can be made with chicken or turkey by the way. Dean Wheeler and a musical act he manages, Wes Hurlford and the Westerners, come on to perform “Mental Midget,” a campaign song they’d like to pitch to Hillary Clinton. Ted Bell discusses weekend activities at Ted’s of Beverly Hills and the period of time Chef Chodillia worked for him and created a recipe for what he called “Chode Pie.”

Episode 480 from The World of Phil Hendrie podcast. 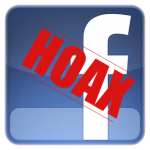