Phil discusses the mother of all bombs with Emory Clayton and they have actual sounds of the exploding bomb from a test range… and the frightened sounds of scientists running from the scene. Also Dean Wheeler is harassed during a yogo class.

The BSP Classic Show is from April 2003.

Vernon Dozier is a high school teacher who knows how to deal with high school violence.
Larry Grover says that Scott Peterson will get acquitted if there are too many straight women on the jury. 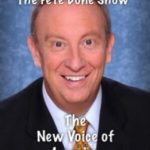 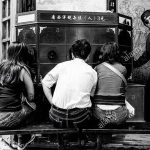