Guest Bob Green brings on Toronto Bugle writer Roger Pitchcock to talk about the source of Trump’s anger at Amazon’s Jeff Bezos. Bezos apparently has a much bigger penis than Trump has. Father James McQuarters, getting around Phil’s ban on guests using the bathtub while on-air, discusses spreading Catholicism into the more “hillbilly” areas of California. Encore show from April 3, 2018.

The BSP Classic Hour is from September 2002. Vernon Dozier says that when his wife stopped dying her hair blonde, their sex life went downhill. She just wanted to be herself. Vernon says when a woman says that you might as well throw your penis out the window while you’re driving down the street. 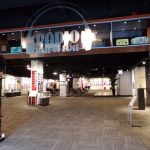 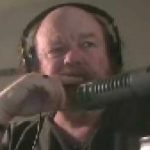