After seeing his brother at the hospital, Phil interviews Dean Wheeler about maintaining good health. During the interview Dean tries to maintain his cool while the traveling squirrels harass him and Wes Hurlford’s band practices. Later, Mavis Leonard lays out the case for Donald Trump and why she supports him.

The BSP Classic Show is from September 2002 featuring Steve Bosell who says that 9-11 ruined the many birthdays for people born on that date, and it’s Bush’s obligation to acknowledge this unfortunate coincidence. Towards the end Steve says it’s the day he and his wife have kinky sex and she says “put your World Trade Center up for me!” It’s the only thing that makes her happy. 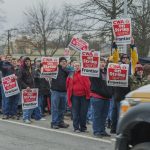 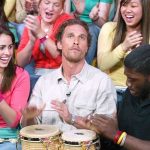