This is an encore show from February 14, 2017. Aspiring adult film maker Chris Norton hears that the Patriots are copyrighting the phrase ‘Blitz for Six.’ Chris thinks it’s too similar to the title of his film ‘Bliss For Six’….a movie about three couples who are so happy that all their tests for venereal diseases came back negative that they go to Mexico for a big partner swap. Also Dean Wheeler guests. He’s opening Wheeler Resort back up!

The BSP Classic Hour is from October 1999. Dave Oliva says a census report recently released states that only 32% of the Los Angeles population will be Anglo in the year 2000. He says Anglos might as well get used to the feel of a fry basket and spatula. 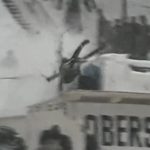 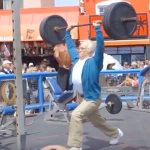