Phil is back in time to host Larry Grover, Bob Green, and Mavis Leonard as they all discuss their support for Donald Trump. Larry feels he was tricked into it though by the smooth talking Trump. Later it’s Steve Bosell talking about the case of a man who recorded his doctors, during a surgery he was having, insulting him. Steve is afraid it’ll happen to him during an upcoming nose job he’s scheduled.

Episode 568 from The World of Phil Hendrie podcast. 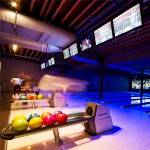