It’s “One on One with Frank Grey.” The secret of Franks’s make/female pronoun confusion. Dean Wheeler, a former actor working for Frank, checks in. The story of “Vampire Planet.”

Steve Bosell bought his daughter a puppy and it pissed on him. The neighbor saw and laughed. Steve’s suing him, the kennel, his daughter, and the dog! He wants to evict the dog from his doghouse. 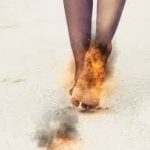 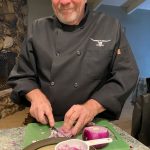