Today’s encore show is from March 30, 2015. Ted Bell from Ted’s of Beverly Hills has another slogan causing him problems: “Ted’s just had his sausage smoked.” Jay Santos of the Citizens Auxiliary Police has been busy following lone cars at night on the freeway to see how nervous the drivers get. And Doug Dannger pulls out his “Gay Thumb” rating system for current movies.

The BSP Classic Hour is from December 1999. Clara Bingham of Joyful Union Senior Center does not allow her residents to watch cartoons or animated festivals because she believes they’re only gonna take them further away from reality. 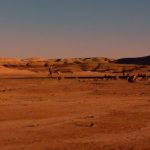