Day two of mental health time, this show is from October of 2014. Topics ranged from protecting our children as jihadists ramp up recruitment, which was led by Bobbie and Steve Dooley, to an interesting offshot which was that the song wasn’t called “Hang Down Your Head, Tom Dooley” but rather “Hang Down your Head, Steve Dooley.” Plus Richie Bougainvillea reports from Kansas City on game two of the World Series.

The BSP Classic Show, three big hours, is from December 2002. Vernon Dozier is a high school football coach who thinks it’s rude to sit in your car with your blinkers on waiting for someone to come in from a store. Bobbie Dooley from Western Estates Parent/Teacher association is on to talk about “A Christmas Carol.” Don Burman from Channel 19 News is having Muhammad replace Santa this year because Muhammad didn’t do anything to have people follow him. 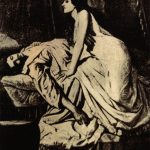 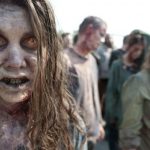