David G Hall has a hard time breathing when Phil mentions saying the N world on the air. Chris Norton’s…”Ress’ Rod Eas’ a Boss’ Lunch” film. Jack Armstrong on a new name for the Cleveland Indians.

The BSP Classic Hour is from November 2000. 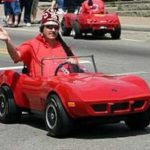