Phil is sick with a cold so we’re rerunning, in its entirety, the December 18, 2017 show. Please note that there was no preshow recorded on that date. Phil reveals a whole new live stream for subscribers. Phil also interviews David G Hall on licking the FCC’s balls, Ted Bell on being Ted Bell and Bobbie Dooley with more on her elf dance & lip syncing Andy Williams.

The BSP Classic Hour is from November 2004.

Lloyd Bonafide wants Dan Rather charged for treason. Dan once “soiled a nurse with his oily charm” in 1968. 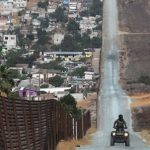