Mavis Leonard and Steve Bosell have a “round table discussion” (Buds words) about Trump’s hamburger party for Clemson. Jay Santos discusses “Operation Gear Up.” A brand new “As You Like To Hear Them” with Donald Trump.

The BSP Classic Show is from September 2004. Jay Santos is on patrol to harass motorists who pick their kids up at school. Phil speaks with a man currently serving a life sentence for murder at a Florida correctional facility. “Dating Tips With Walter Damon Maynard”. Flashback with pharmaceutical salesman Chris Norton, who argues that he should be allowed to hang erotic shots of women in his cubicle. The “Natural Home Building with Brian Wersham” show. Bobbie and Steve Dooley report from the Republican National Convention. A man named Brent, who claims to run an “informal” Phil Hendrie Show fan club, pleads with Phil to record a greeting for his answering machine, live on the air. Jeff Wagahusky, a man who literally has a “tongue so long that it’s coming out of his head”. The Skippy and Frank Show” is live in NYC for the Republican convention. 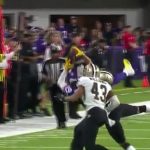 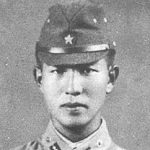