It’s the debut of Lloyd Bonfide, Mouth Siren Cop, who gives safety tips for driving during the holidays even as he has a hard time turning over his bike’s engine. Pastor William Rennick says that the Kentucky court clerk that refused to issue a marriage license to gay people is the wrong person to be the face of the anti-gay marriage movement. She’s a balding, four-eyed dork. Later we have Steve Bosell with a new Farmer dating service to compete with FarmersOnly.com. It’s called FarmFresh. It boils women down to the level of a farm product so there’s no mistaking what the deal is. And Jeff Dowder celebrates a new McDonalds all day breakfast menu!

Episode 459 from The World of Phil Hendrie podcast. 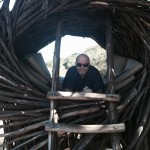