Ed Elcott, the great-great-great grandson of Heavener Elcott, whose writings were foundational to the spiritual/religious/self-help system that came to be known as ELCOTT The Next Step or ETNS, was at a crossroads. Having left school at the age of 20, he made his way to California to try his hand at acting in movies or television. He fell into working in the adult film business where he, coincidentally, made the acquaintance of one “Madeline Brickhouse,” an actor he worked with in adult films and who later became known as Erica Dorton, the principal of a California middle school and a major figure in other episodes of the Phil Hendrie Show. Young Ed Elcott, by his description, worked in adults films sporadically and “lived in and ate out of dumpsters” for a period of time until it became apparent to him that acting either in the legitimate or pornographic industry wasn’t going to be a viable living. He made his way back to Wampaugh, New York, reenrolled in the university, took some comparative religion classes, reread the nearly incomprehensible scribblings of his distant relative Heavener Elcott and began work on reconstituting what Heavener Elcott said would be “my big thick one,” or the basic liturgical text of ETNS. Ed called it “The Big Thick One” and turned it over to some golf buddies who had expressed interest in starting a religion as a way of putting to use techniques learned at a sales seminar. By this point Ed had fallen back into abusing drugs and lost touch until he rehabbed 2 years later. The friends had revitalized ETNS with the help of Ed’s writings, named themselves OverLords, designated Ed as a “priestly,” gave him the title of “Doctor” and set about expanding the reach of ETNS beyond New York state, with Ed being their chief proselytizer. More coming up. 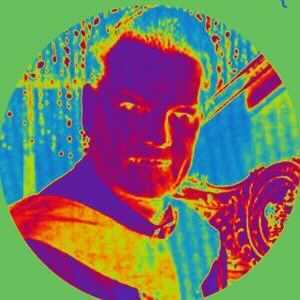