Dr. Ron Tarner is fishing at the Russian River and the phone connection is so bad a Shakespearean play is fading in and out. Nonetheless, he gives Phil medical advice on sleep and fatigue and what not. INXS guitarist Kirk Pengilly recently said he missed the days when you could pat a woman’s rear end and it was taken as a compliment. Corona, CA, construction contractor Steve Bosell agrees. Bob Green receives the “Grocery Clerk of the Year Award” for the third year in a row.

The BSP Classic Hour Ted Bell hates the nouveau riche, saying a man who won money in a Powerball lottery doesn’t deserve to have the perks and status symbols of a rich person who earned their wealth. Phil closes talking about the Connie Chung and Gary Condit interview. Phil hates the marketing of NFL football, and says mostly farmers watch it. 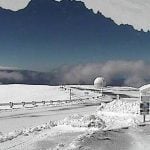 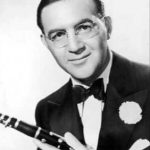