Austin Amarka, a cabinet maker from Palmdale, California (redneck north LA county) loses a bet. He thought Phil was kidding when he said there was an Alabama regiment, the 1st Cavalry, that was loyal to the Union in the Civil War. Now he’s buying a ‘catfish dinner with all the trimmin’s’ for three coworkers. Plus an ‘As You Like To Hear Them’ with Kellyanne Conway” 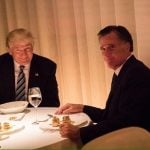 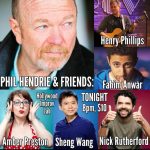