Ted Bell has another Dunphy brother singing in the Prime Rib Room. And Chef Chodillia has embarrassed him by stating, in an issue of Beverly Hills Chef, that he’d “bone” Kellyanne Conway. Austin Amarka, a cabinet installer from Lancaster, has taken exception to Dr. Jim Sadler’s comment that, when examining a man’s prostate, he tells him to “get the pants off, bitch” as a way of letting off steam. RC Collins has another edition of The Alt-Right Report….

The BSP Classic Show is from December 2002. Bobbie Dooley joins the show to discuss the Trent Lott situation. Ted Bell of Ted’s of Beverly Hills comes on to talk about how funny and ridiculous the kids in the Christmas plays are in his kid’s school. Brad Rifkin works for the Salvation Army and wants some respect when collecting money… 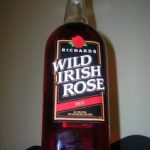 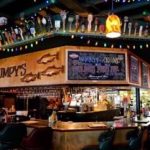