Bobbie Dooley says the only way out of a sexual harassment situation is to go ahead and give out the QBJ’s. David G Hall Aldo joins the conversation. RC Collins delivers his new Alt-Right Report. But Father James McQuarters says Sean Hannity and Michael Flynn are just a couple of “sow-hugging, alcoholic micks who beeline for the Wild Irish Rose when they hit the door at night.”

From January 2005, The BSP Classic Hour Is with the legendary Herb Sewell, author of a book ‘The Bush Legacy.’ He calls in to discuss President Bush & describes the President as more of a jokester and sophomoric man, anything but the devout Christian that he portrays himself to be. Herb sites examples of Bush throwing fake dog poo on the floor of the war room, telling dead baby jokes, and laughing uncontrollably. 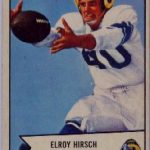