Ted Bell from Teds of Beverly Hills guest hosts. He sings a couple of songs with Margaret, does his own Donald Trump “As You Like To Hear Them” impression and screams at a caller.

The BSP Classic Hour is from January 2000. Conservative Larry Grover joins the program. Larry claims his failed efforts to remove president Bill Clinton from office cost him his family, led him to return to drinking, and forced him to join the church of Jesus Christ and Latter Day Saints. 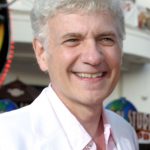 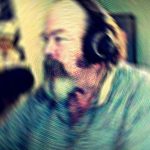