Ted Bell’s new billboard, with the new slogan about “quietly putting our meat in your mouth” is shot down. Chris Norton starts filming “Norton Mountain.” “See the world, all siss’y nine states, from Norton Mountain.” Bobbie Dooley, a big admirer of Tomi Lahren’s, wants to slap fight her in front of a male-only crowd of 10,000 drinking free beer.

The BSP Classic Hour, from February 2006, features Bob Green placing one of his employees under close watch after he starts noticing strange behavior. 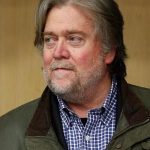