Phil introduced Nikki via Skype from the DC area. The crew talked about the continuing search for Malaysia Airlines 370. Jay Santos of the Citizens Auxiliary Police was into his report when suddenly General Gaylen Shaw, angry for some reason, said he didn’t want to talk anymore to “this Mr. Santos from the Citizens Dick-suckery Police…”

Bud Dickman ran afoul of Margaret Grey for remarking that someone was good at “putting asses in seats and, if you will, asses on faces.”

Also The Stephen Colbert Report’s so-called offensive tweet was kicked around by Phil and Nikki. Some suit at Comedy Central tweeted some lame shit on the Colbert Report account and got Colbert in trouble, people thinking he was firing up a chapter of the anti-Chinese League.

Margaret Grey let Nikki know the phrases that carry strong double entendre and that she’ll have “none of.” They are: “blow by blow”, “that’s a mouthful”, “lickity-split”, “he’s a handful”, “they were licked”, “I beat the spread.” There are others, but you get the idea.

On the Bobbie Dooley Podcast, Bobbie demonstrates and also has a tape handy of the way she sounds when “Steve gives it to her good.”

Episode 87 from The World of Phil Hendrie podcast.

Episode 346: Raping of the Bean 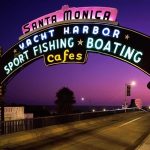