Phil hosts another “As You Like To Hear Them Interview” (where people can’t lie) with Donald Trump. Ted Bell comments on his upcoming Bar Fight with Pastor William Rennick while Bob Green checks in from his bathtub to talk about his fight next week with Margaret Grey. And speaking of the Greys, from the golf links, Frank comments on the nation’s state attorneys general who are calling for an independent prosecutor, but gets hit by a tee shot as he looks for pages from the news story he’s referencing.

The BSP Classic Hour from March 2006 stars Bob Greene of Frazier Foods, who talks about an in-store promotion, Brokeback Mountain Olympics, where married women put bananas down their throats. 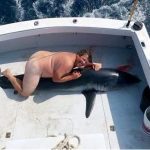 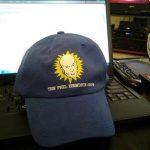